Centrally situated in the town of Somerset east, the Angler and Antelope guesthouse offers the full package; a four star guesthouse with some self-catering options, a century old church with a malt whisky bar and a beautiful dining area that is rich in atmosphere. Somerset east is 180km north of Port Elizabeth and 280km west of East London in the Eastern Cape and it is certainly a jewel of the Karoo. 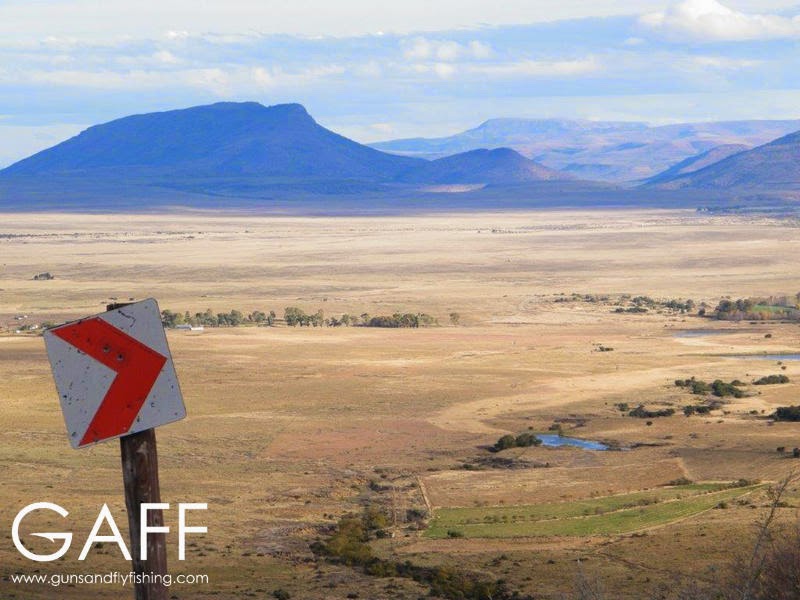 The guesthouse building was built in 1893 and has been thoughtfully restored, maintaining the character of the old with all the modern facilities required for four star grading including free Wi-Fi. The rooms are spacious and they have bathrooms to behold. The renovation process took two years to complete, riding in over two hundred and forty tons of top soil and two hundred and sixty tons of stone to complete a self sustaining water feature, paving and a predominantly indigenous garden.

The deconsecrated Roman Catholic Church built in 1906 now boasts Nigel’s pub (a malt whisky bar with over fifty single malts) and a dining area where breakfast and dinners are served to guests. The dining area can also be used to host private functions or special occasions for interested parties. 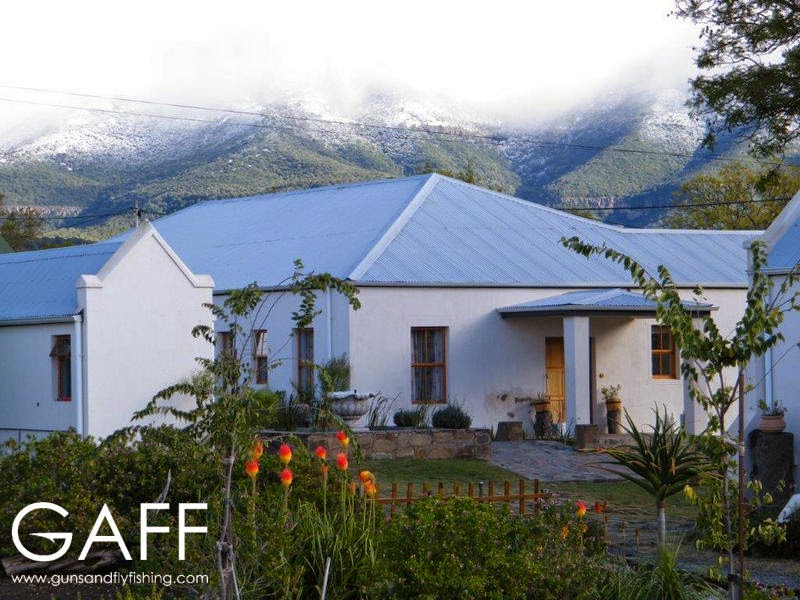 The original confessional hosts the best stocked fly tackle shop in the Eastern Cape and legend has it that one can no longer lie about the size of fish caught or the number of whiskies consumed. 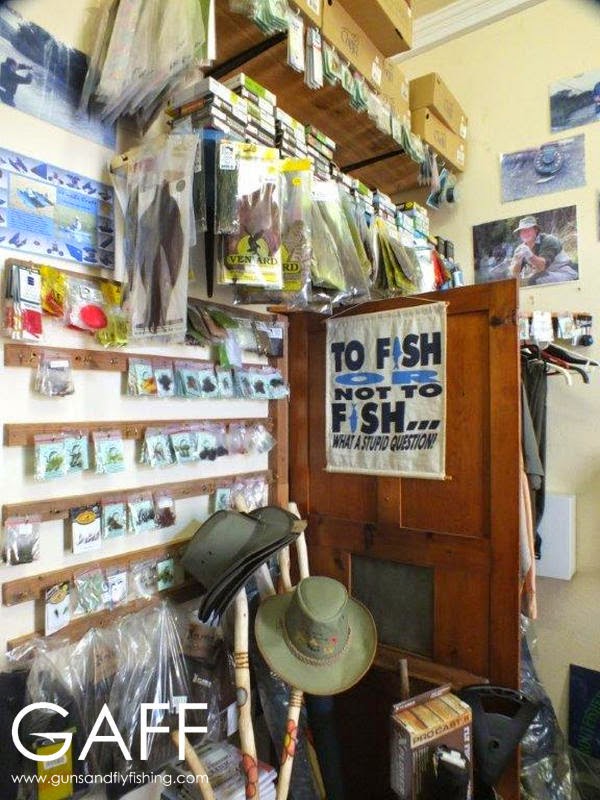 Your hosts, owners Alan and Annabelle Hobson are hands on management striving to make your stay a memorable one. Annabelle produces good old fashioned country cuisine with a modern twist. Guests staying over keep coming back to enjoy her country cuisine of pan fried Trout, Oxtail or Lamb shanks.

Alan was born in Somerset east and grew up on a farm in Pearston. His father Nigel was somewhat of a character, who wrote two books on Karoo plants. Alan still recalls counting plants as a teenager for his Dad’s books, which was one of the most boring school holidays ever but one of the most valuable, as Alan now has a wealth of knowledge of the area which also contributed in him pioneering fly fishing in the diversity of the Karoo terrain. 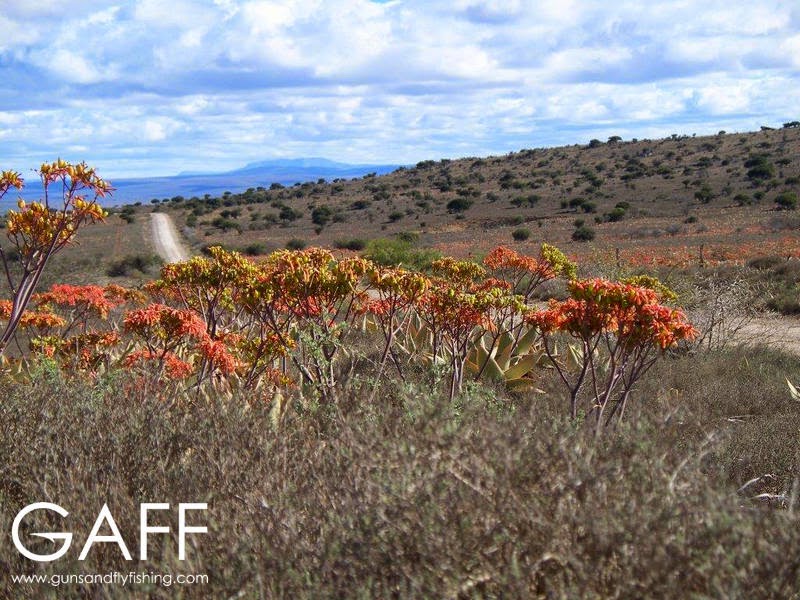 As a R.E.F.F.I.S. accredited fly fishing guide and THETA accredited field guide, Alan’s guided wild fly fishing in the Karoo experiences are unique. When he stops on a bridge over the dry river bed of the Little Fish River and passionately describes how there are record sized Trout in the Karoo, it is not because he has been in the sun for too long or that he has been smoking Karoo bush, it is because he personally manages the fly fishing waters in the area. 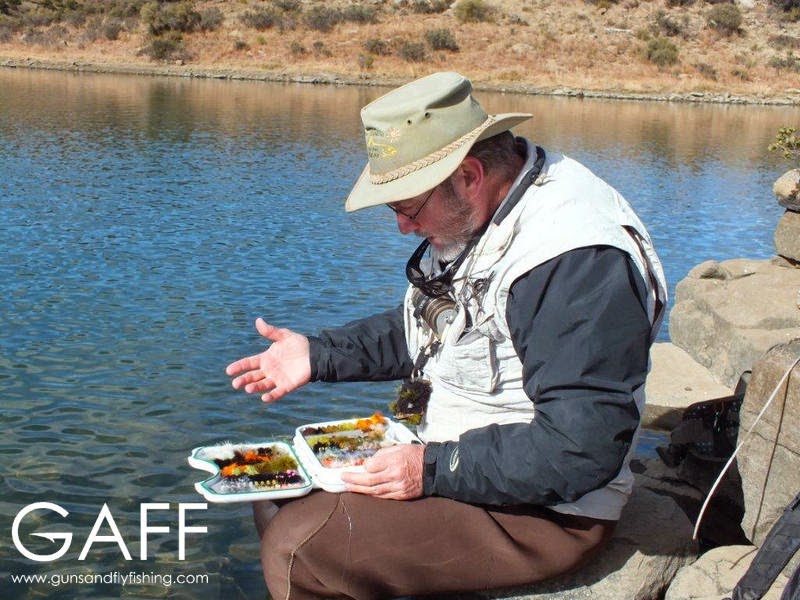 Nessie (taxidermy proof of the biggest Rainbow Trout caught in a South African river) is displayed in the church at the guesthouse and testifies to this. These fish grow at a phenomenal rate on Karoo type steroids comprising of frogs, tadpoles, crabs and monster dragonfly nymphs. They are left to fend for themselves and they do not grow big by being stupid. 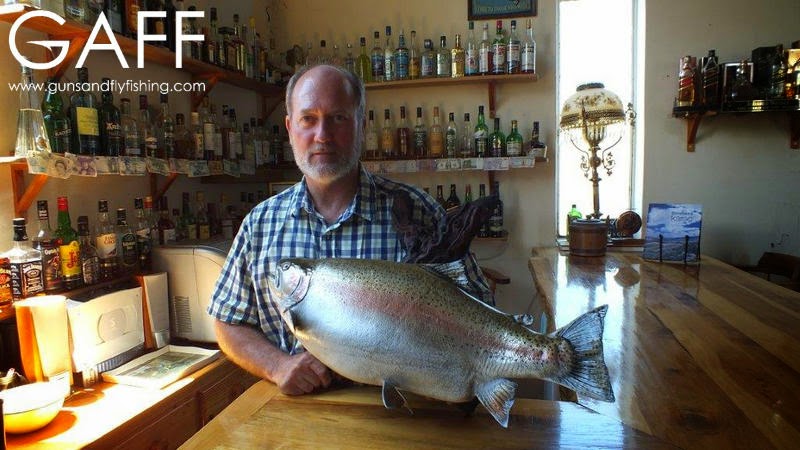 Alan has developed several fly patterns as a result of his patient observation that work, not only in the Karoo but all over South Africa and the world. International guests purchase these unique patterns from his fly shop, tied by one of the local ladies he has trained to tie flies. Guests regularly send photographs from all corners of the globe boasting their success with these custom flies. 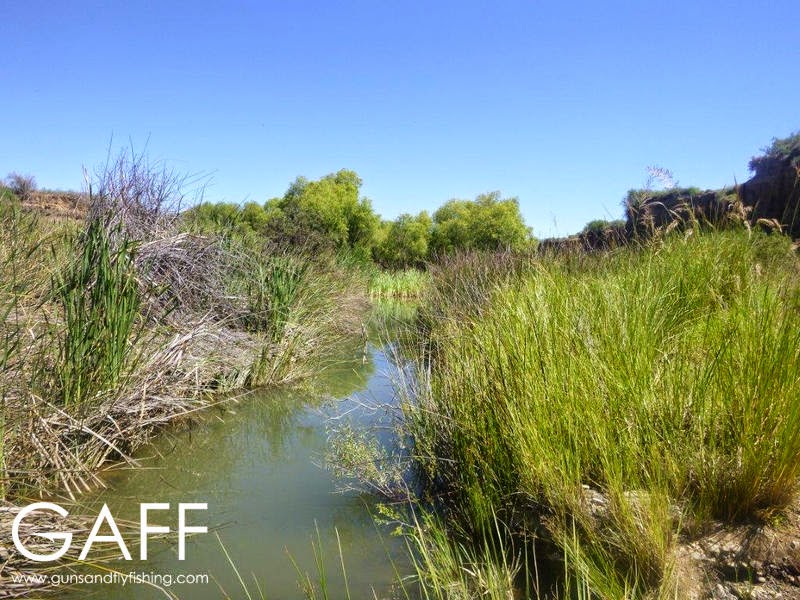 Wild fly fishing in the Karoo is completely unexpected and different as one does not imagine that there is water to be found in the Karoo let alone fish! To be specific there is Trout and six other fresh water species (Smallmouth Yellowfish, Largemouth Bass, Carp, Moggel, Mudfish and huge Barbel) in the area which can be targeted on fly. 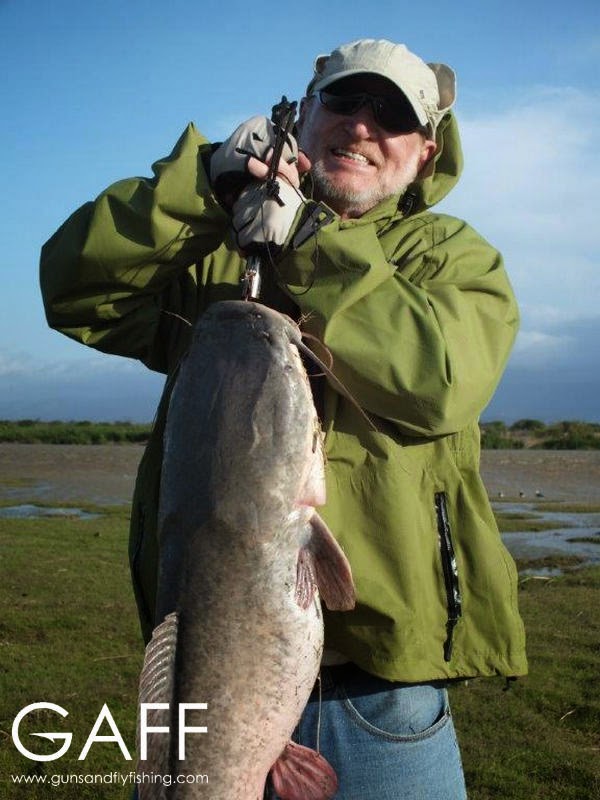 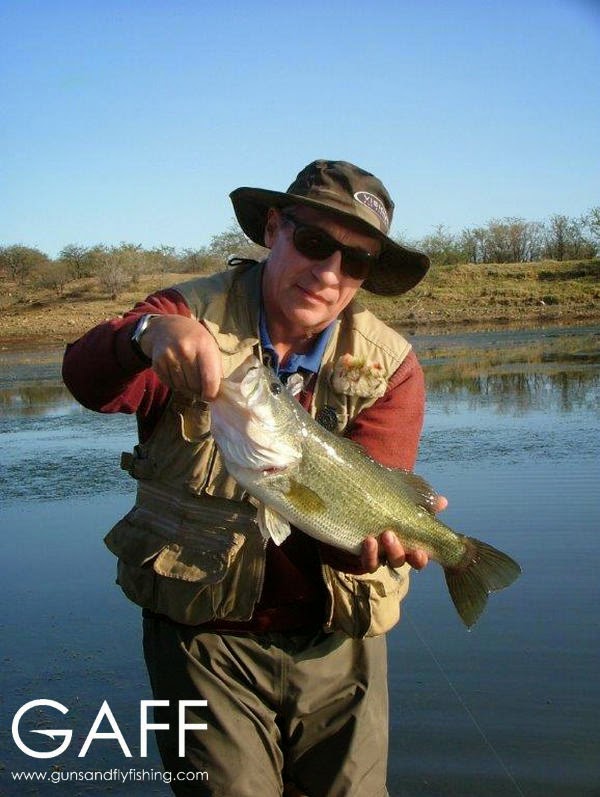 Mountains sweltering on the horizon with charcoal blistered veldt does not conjure images of fly fishing; but the water quality is exceptional in the Karoo, with fountain water seeping out of the ground where there are rocky outcrops and then disappearing underground until the next geological fault, forming big pools within the river bed. With the water being mostly underground it is cool enough during the blazing summer heat, this combined with high altitude is why the Karoo can sustain Trout. 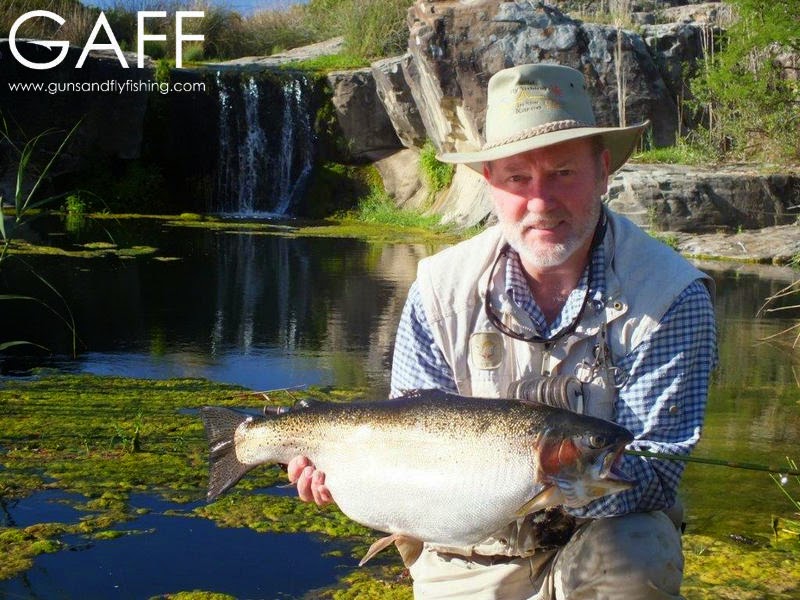 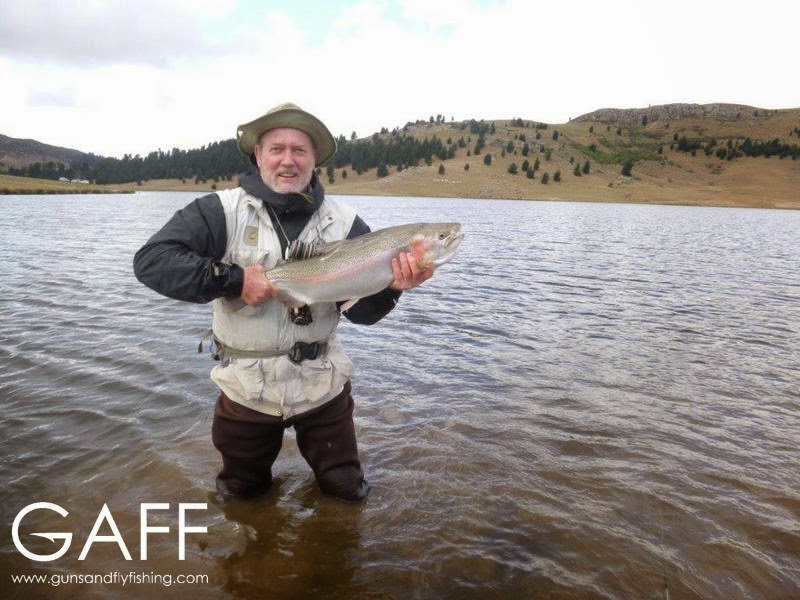 The occasional winter snow melt results in the fish breeding in the rivers in exceptional years. The mind blowing concept of believing that there is quality fly fishing to be had in the Karoo certainly does qualify it to be an exclusive destination. 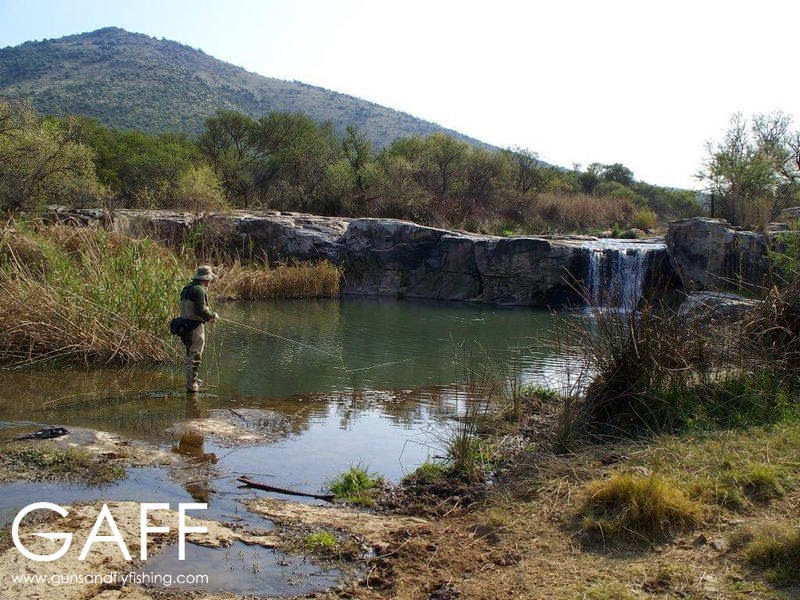 With over twenty stillwaters, three river systems and adding the fact that one seldom sees anyone else except for wild animals does make it even more appealing. Alan manages all of these waters that are on private property on behalf of the Bankberg Trout Fisher’s Club and some of which are exclusive to guests staying at the Angler and Antelope. 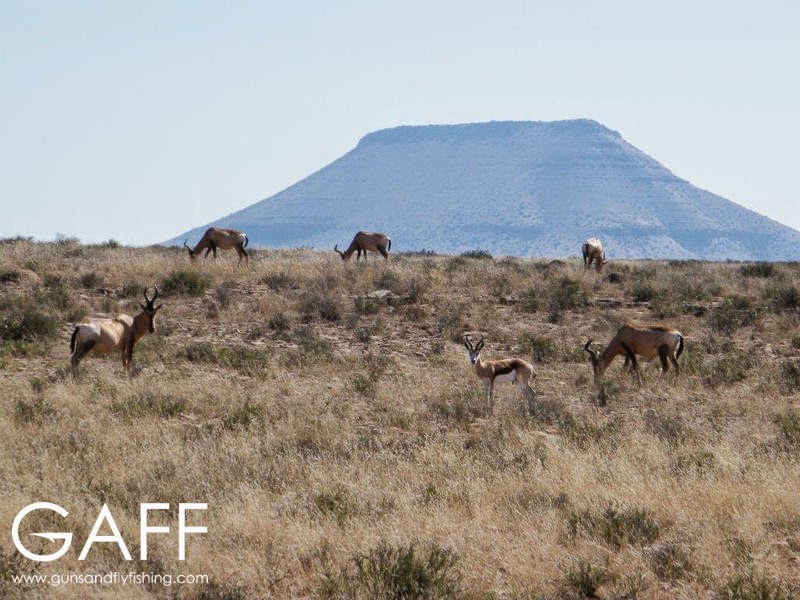 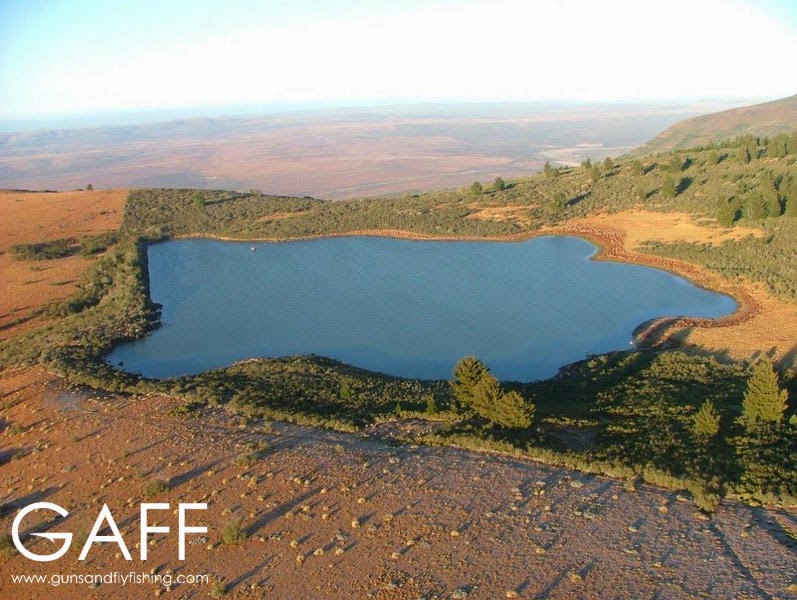 Somerset east is a comfortable day drive from Johannesburg (nine to ten hours), Durban (eight to nine hours), and Cape Town (eight to nine hours). Trips by train (for the adventurous) or by aircraft to Somerset East are also possible. The Angler and Antelope and Wild fly fishing in the Karoo experience is definitely worth the effort, even if it is just to experience the solitude, serenity and the silence of the Karoo. 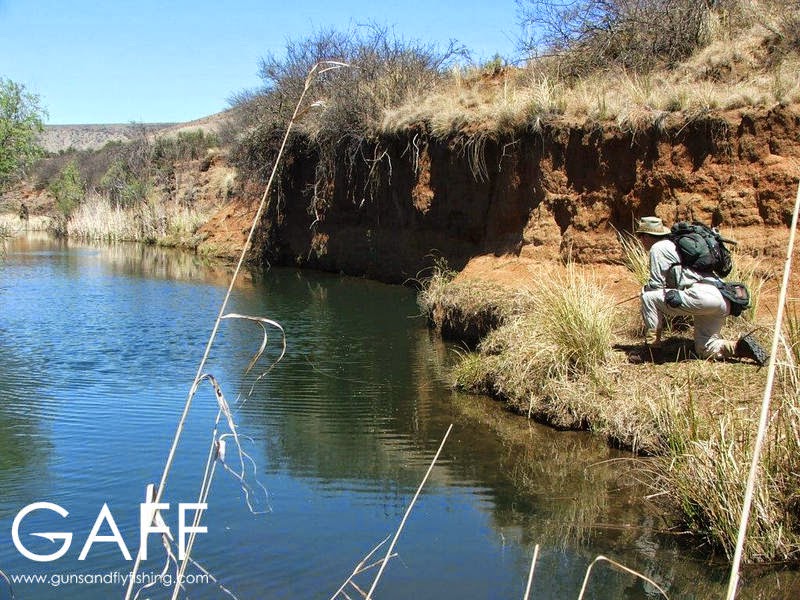 For more information or to book with Wild Fly Fishing in the Karoo, please contact: