I often reminisce about the rich history of my Pre 64 Winchester M70 chambered in 7×57 Mauser. This usually happens when I am cleaning it or when I am walking with it over my shoulder, somewhere in the African bush.

Conversations around the campfire usually end up on the subject of either which calibre is the perfect all round calibre or which calibre is best suited to which species of game. These conversations never come to a conclusion; and I although I have my own opinion on these subjects, I don’t believe that there is a specific right or wrong answer.

Taking on medium to large African plains game such as Impala or Blue Wildebeest with a .22 calibre rifle for instance, is just not sensible. You will only wound the animal, walk many kilometres on a poor blood spoor and at best the animal will die a slow and painful death. You will have blisters on your feet and you will have to pay the full price of the animal without even having a photo to show for it. For this reason there are recommendations and guidelines available in order to avoid these types of situations. With that being said, keep in mind that calibre does not make up for bad shot placement…

This always reminds me of a book I once read of the famous journalist and author Robert Ruark titled: “Use Enough Gun”. 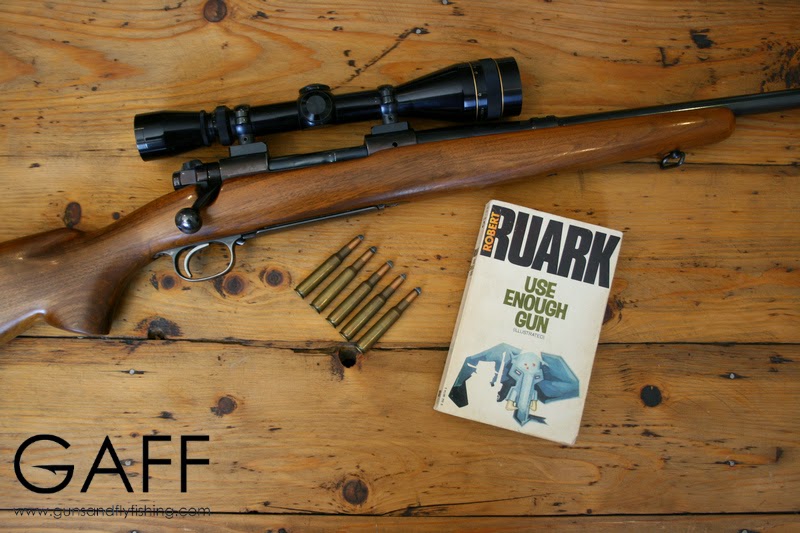 I often get asked why I hunt with a 7×57 Mauser when I could hunt with a more popular calibre such as a .308 Winchester? My answer then is sweet and short: “because I can”. It’s the same if I asked someone why they would hunt with a 9.3×62 Mauser and not with a .375 Holland & Holland, or why does someone hunt with a .404 Jeffery when they can use a .416 Rigby? The beauty of this is that it all boils down to personal choice. The best rifle and calibre for you is the one that you feel most comfortable with and that you have best confidence in.

The 7×57 Mauser is more than adequate for hunting the greater majority of African plains game today. Choosing the right premium bullet in the correct weight will ensure that it will be able to put down animals as large as Kudu and Blue Wildebeest. As always, shot placement is very important and is the key to success in the hunting field. 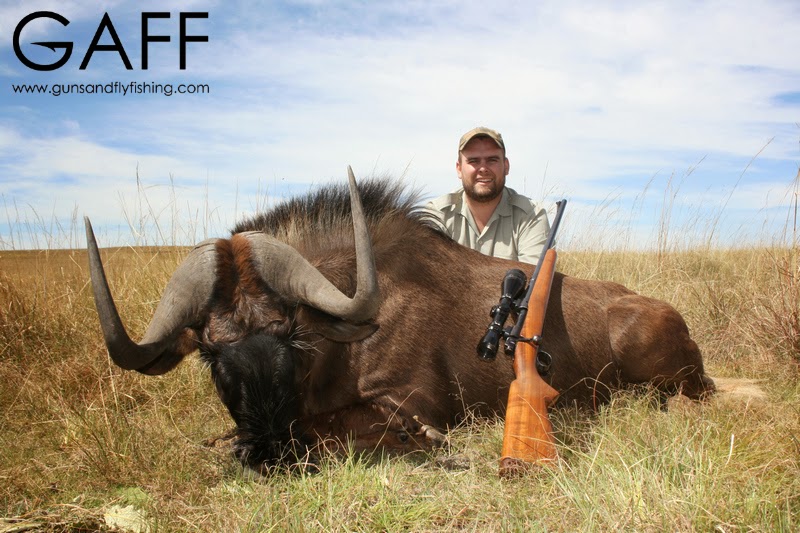 The 7×57 Mauser was originally developed as a military cartridge in 1893 by a German with the name of Paul Mauser. It then was adopted by quite a few military forces around the world as their standard issue service rifle.

Here on home soil in South Africa the 7×57 Mauser made a good name for itself in the beginning of the 19th century, as it was used with great effect by the Boers against the English in the second Anglo-Boer war. In the beginning of the war the English had trouble infiltrating the old Transvaal as it was known back then. The reason for this being that at many a battlefield the masses of British troops received a big hiding from the Boers armed with their Mausers.

The Boers, armed with their Mausers, would start firing at the English from a distance of more than 1000 yards, often hitting their targets. This distance was just impossible for the English troops to return in fire with accuracy. The British Army had to rethink and revise their infiltration plans of the Transvaal and this all because of a 7×57 Mauser in the hands of the mighty Boer forces.

In the sporting field the 7×57 Mauser has been a well-known calibre for many years. The first name that comes to mind when thinking about the 7×57 Mauser in this regard, is that of the legendary ivory hunter Karomojo Bell. Karomojo successfully hunted in excess of 800 elephants using the 7×57 Mauser (also known as the .275 Rigby). He favoured this cartridge because of its low recoil and excellent penetrating characteristics. 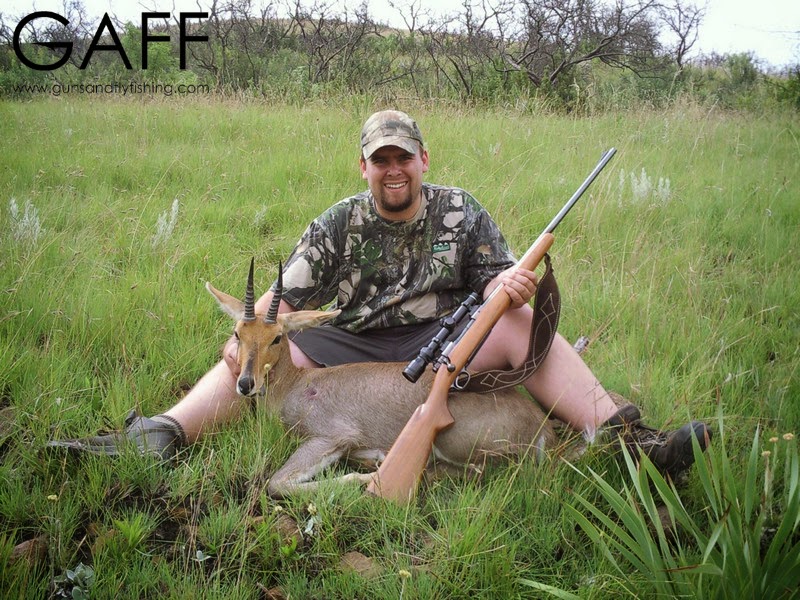 The 7×57 Mauser cartridge uses a very long projectile (compared to other cartridges) that gives it a high sectional density. Theoretically, the higher the sectional density of a bullet is the better its penetrating ability will be. Karomojo Bell sectioned an Elephants’ head and did a thorough study of the anatomy of the skull. This enabled him to place well aimed shots with his 7×57 in the animals’ brain resulting in instant death. However, I would not recommend this to anyone today (it would be both dangerous and illegal). I do believe that Bell was an extremely lucky man to not have been trampled by one of these great animals.

After many years of service in the military environment, the 7×57 Mauser became a very popular hunting cartridge across Europe, Africa and later America. Many rifle manufacturers started to chamber for the 7×57 Mauser to meet the demand of the hunting public. Even the legendary rifle makers of Rigby and Sons chambered for the 7×57 Mauser. Rigby called it the .275 Rigby, the reason for this being that they though the .275 Rigby name would be better suited for the American market that that of 7x57mm Mauser. Winchester also started chambering rifles for the 7×57 Mauser and it is one of these classic Pre 64 M70 rifles that I am lucky enough to own today. 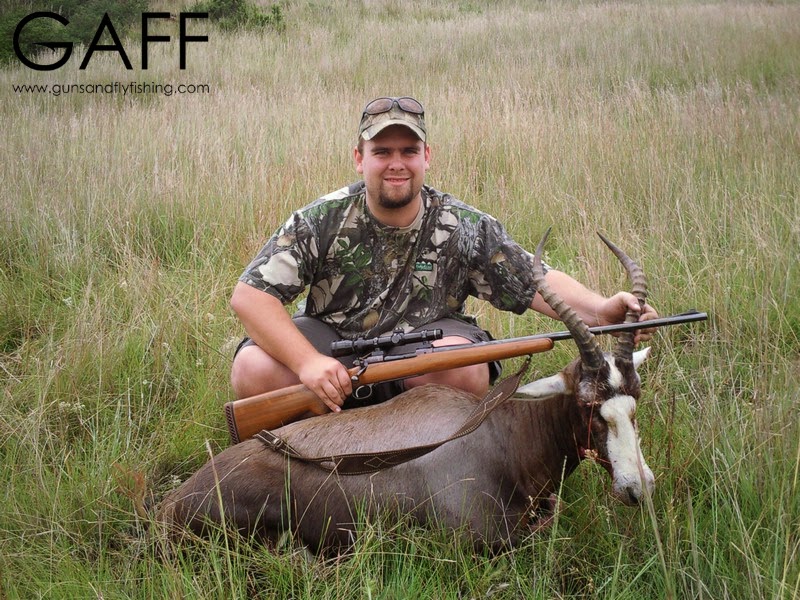 The Pre 64 Winchester Model 70 action was manufactured from 1937 up until 1964. It is one the finest bolt actions ever produced and it has one of the smoothest controlled feed actions ever manufactured. It has a cult status amongst fire-arm aficionados and has earned the nickname as “The Rifleman’s Rifle” due to its legendary popularity.

Winchester made a copy of the well-known German K98 Mauser action. They however made a few alterations and added a 3 position safety to the action. When the safety is on its first notch you can still cycle the action but the firing pin is the disengaged. When the safety is pulled back another notch it completely locks the action and the bolt cannot be cycled. Winchester most probably produced smoothest controlled feed action in the world with the development of the Pre 64 M70. 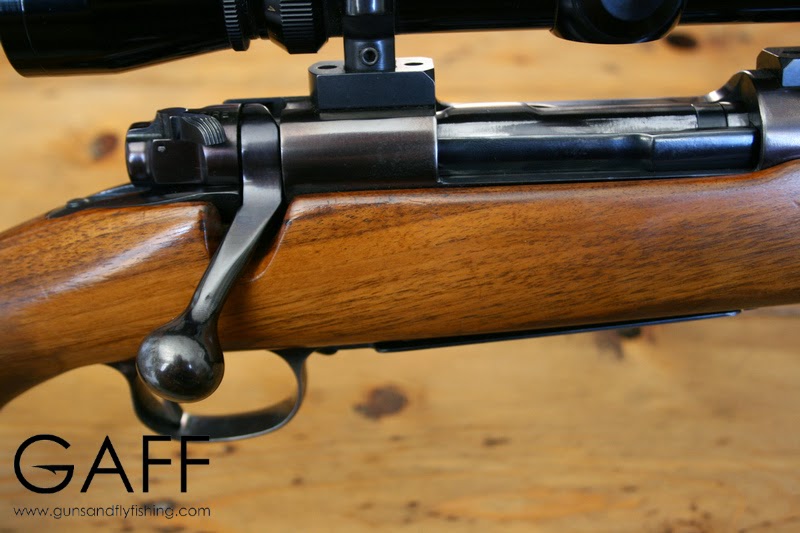 The M70 was so popular that they chambered for a big array of calibres. They were quite popular among big game hunters and professional hunters in Africa in calibres like the .375H&H and the .458 Win Mag. The reason for this was because of the reliability of the M70 action.

The big extractor claw on the bolt ensured dependable extraction of the spent cartridge case and the design of the action delivered a positive feed out of the magazine to push another round into the chamber. These are key components for a bolt action rifle when hunting dangerous game with big teeth and big tempers. Professional hunters and other sportsmen in Africa insisted on using Pre 64 M70 rifles as their back up rifle, because they were so reliable when hunting dangerous game. In 1964 however things changed. The labour cost of manufacturing the M70 rifles with the venerable controlled feed action was getting to high and the hunting public was not prepared to pay the inflated prices. Winchester then came up with a push-feed action for the M70 which cost far less to manufacture that the controlled feed action. The big Mauser type, non-rotating claw extractor was gone and it was replaced by a small extractor recessed in the bolt face. 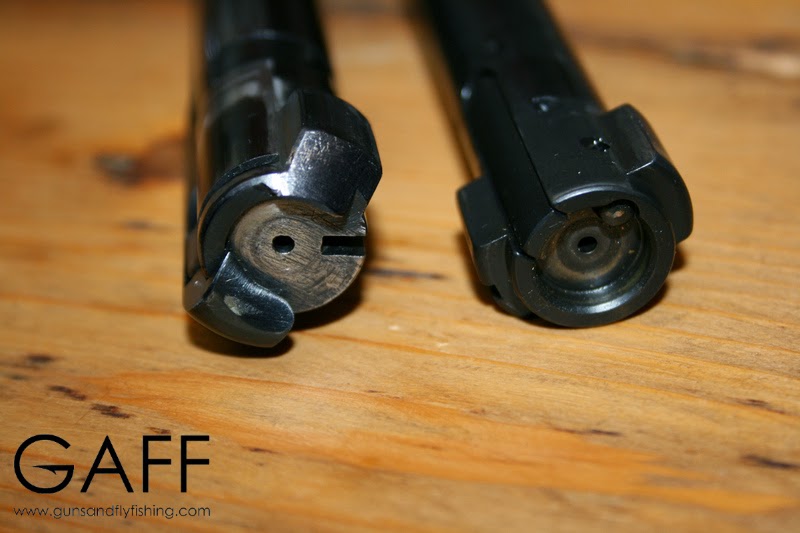 During this time Dakota introduced a bolt action rifle in the market that was similar to that of the original Pre 64 M70. This proved to be yet another nail in the coffin for Winchester.

In 1991 they decided to re-introduce the old Pre 64 action back into the market. But it was too late and the damage was done. Sadly, in 2006 the Winchester plant in New Haven closed their doors and the manufacturing of the M70 rifles ceased. FN Herstal, better known as Browning of Belgium, could not let the legendary M70 rifles fade into oblivion and so they took over the Winchester name and moved the factory to their own in California. They made minor changes to the design of the original Pre 64 M70 and in 2008 the rifles were re-introduced with the Pre 64 controlled feed action and again became available for the public under the original Winchester brand name.

My rifle is old one. The serial number dates back to 1948. Today in 2015 it still shoots sub MOA groups at 100m, and this with factory produced ammunition. I use it to hunt most of the plains game here in South Africa and I can honestly say that it is the most prized possession in my gun safe. 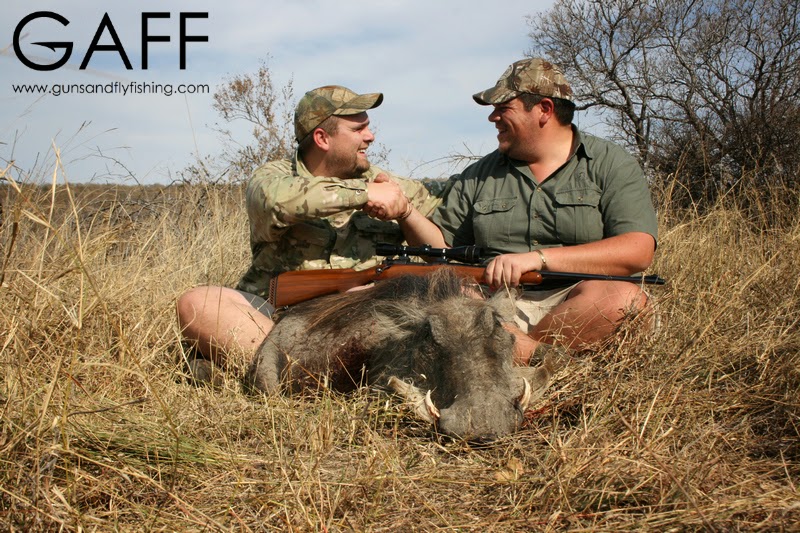