My favourite South African freshwater species to target on fly is without a doubt the Smallmouth Yellowfish. But the most challenging and rewarding freshwater fish for me on fly is the Largemouth Yellowfish. Largies are stealthy hunters and can be difficult to catch on fly. They live in water that is hard to get to and they put up a very brave fight. To target Largies, you have to understand how largies hunt and feed.

Although these fish will also scavenge for food by picking up crabs and other available food from the bottom, they are predominantly ambush predators, especially the larger specimens. In order for a fly fisherman to catch one of these magnificent creatures on fly, it is vital that to fully comprehend their ambush techniques and feeding behaviour. When targeting these fish you have to think like the ambush predator that it is. Similar to Largemouth Bass, their strategy involves ambushing baitfish, dragonflies, freshwater shrimp and amphibians.

Largies prefer water with ample structure and some depth. I have found the best structure to find them in and around includes some kind of cover such as vegetation of some sort where small baitfish and other prey can hide. The Largemouth Yellow will usually position itself in such an area, ready to strike as soon as something like herons or catfish disturb the baitfish, causing them to scatter from the cover and making them vulnerable to other lurking predators. Another thing to remember is that Largies don’t have teeth and therefore they have to suck in their prey. For this specific reason many strikes are missed as the takes are sometimes very subtle. Clear water is essential for hunting Largies as they rely mainly on sight to locate prey. Their eyes face forward and upwards which suggests that they prefer hunting from deeper water, targeting their prey above and ahead of them. We have also noted that deeper water generally yield the larger fish. This is sometimes referred to as the aquarium effect.

On the Vaal River we prefer to target Largies during the winter months and mainly because of two reasons. Colder water carries more oxygen and results in the fish being more active. The second reason is that the water clarity of the Vaal River is better at the end of winter which is as previously mentioned, key in order to target them. 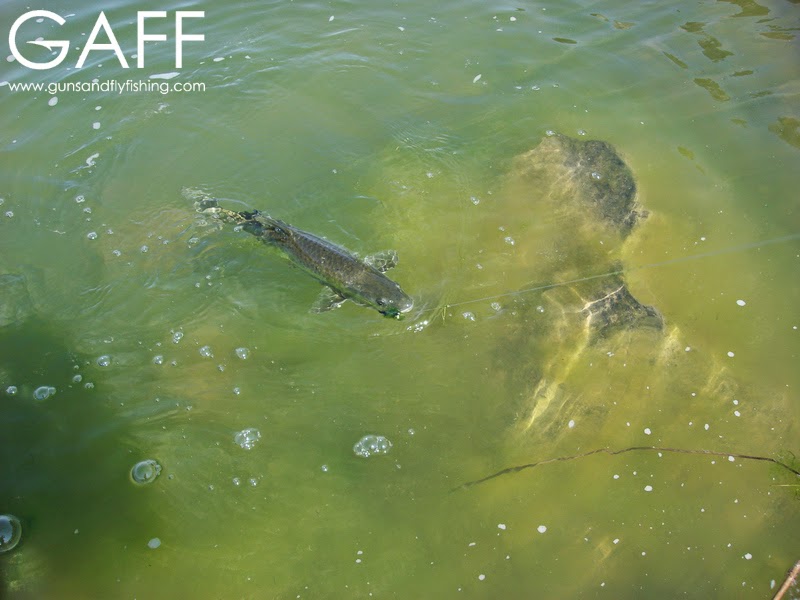 In order to successfully target Largemouth Yellowfish on fly, you preferably need a small inflatable boat equipped with a trolling motor and fish finder. This ensures not only that you can find the fish but also that you can approach any potential structure from a distance wich reduces the possibility of spooking any fish present in the area.

The first step would be to cast toward the bank or any other identified structure. Get your fly as close to the structure as possible (rocks, trees, logs etc.), let the fly sink to the desired depth and start strip-retrieving. Retrieving must be very slow but you can play around with the movement of the fly in order to imitate the swimming action of baitfish. 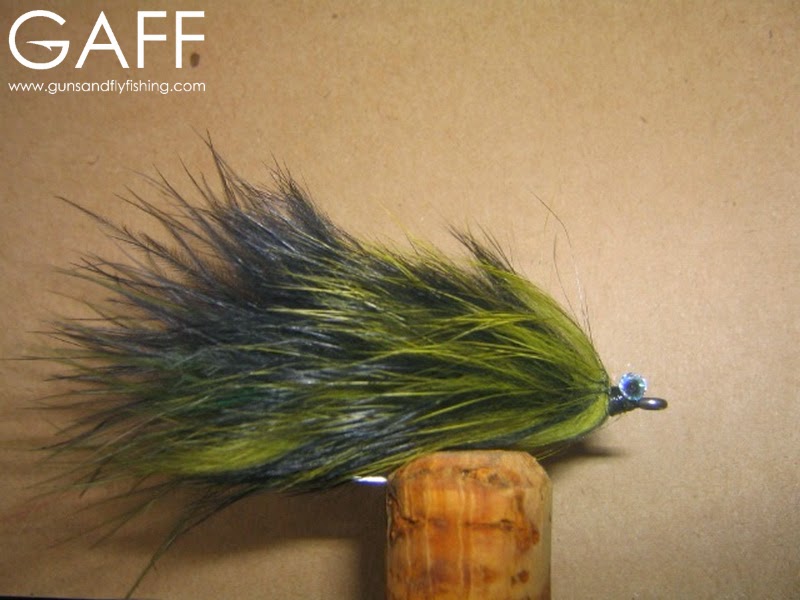 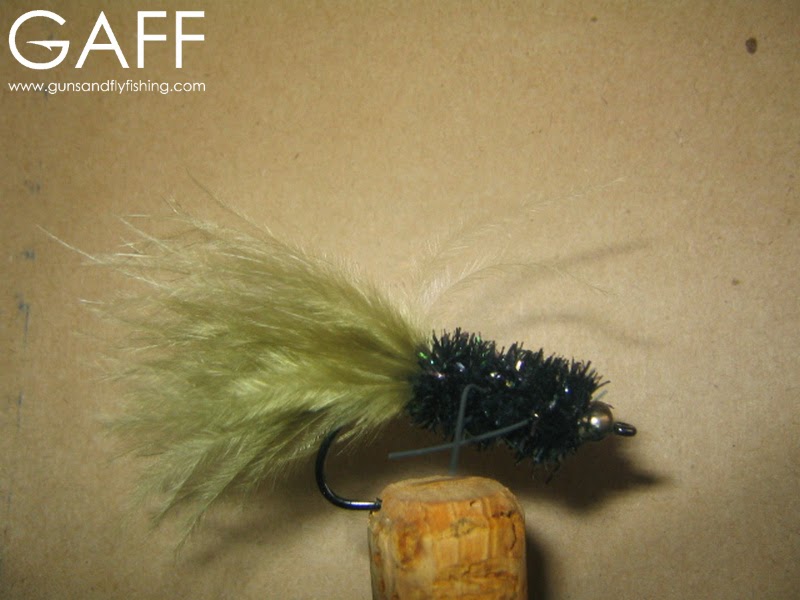 Long and accurate casts are critical, especially so when the water visibility is more than 3 feet. Our usual setup would consist of at least 6/7wt rods, quality large arbour reels with a decent drag system and loaded with either a sinking or an intermediate line. There is a lot of information and suggestions about Largie flies out there, but any fly which can imitate a swimming action, is 1 to 2 inches in length and is tied in a darker colour will work; even more so if placed in the right spot and retrieved correctly. 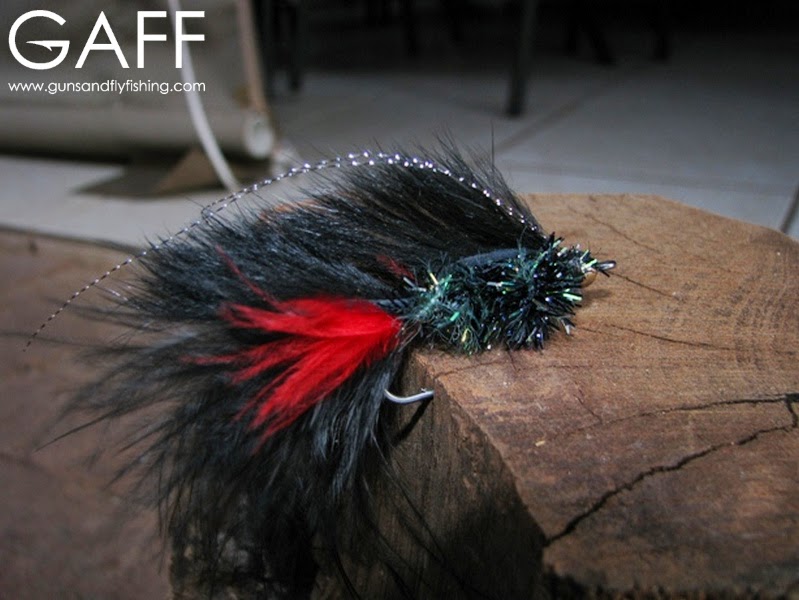 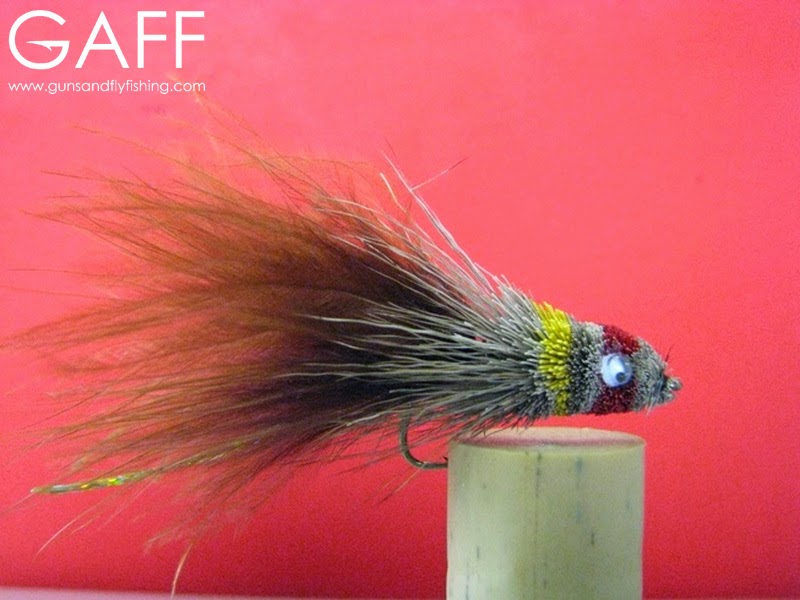 I have been catching Largies on fly for many years with my good old friend Jan-Harm Vorster from Kimberley, who has made thousands upon thousands of casts whilst targeting Largemouth Yellowfish. As well as being an active member of the Yellowfish Working Group (which promulgates catch and release of all Barbus species) Jan-Harm is also a registered tag and release angler and he has tagged hundreds of fish over the years in the Vaal River. He has guided many anglers in the Northern Cape for Largies and he has contributed more than most toward the conservation of our Yellowfish in South Africa.

When a tagged fish is caught please contact the YFWG and provide them with the date, place where the fish was caught, its weight, length (from fork in tail to tip of nose) as well as its girth measurement. 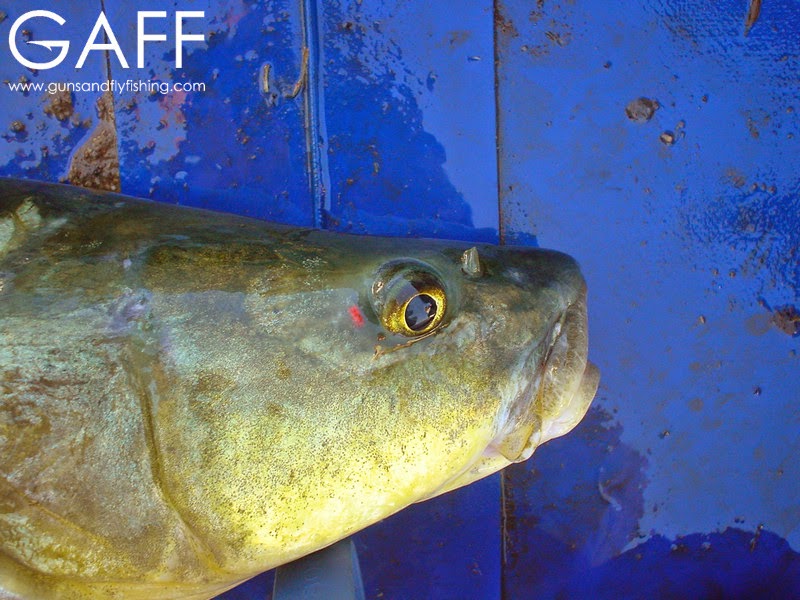 I have been blessed with this beautiful lady (tag no. Z99) of 8,1kg (17.85lbs) which I caught near Barkley West in the Northern Cape province of South Africa. It was truly an unforgettable moment when I released her back into the river and I saw her dissapearing into the depths. 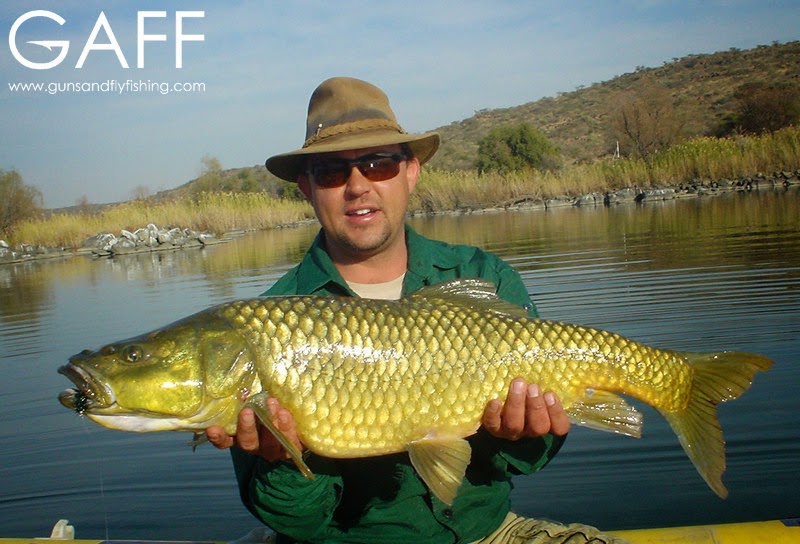 Although development, agriculture and pollution is taking a toll on our Yellowfish population, there are still some monster Largies prowling our waters and if you put in the effort, spend time on the water and have a bit of luck on your side, you might catch one of these alpha predators on fly.